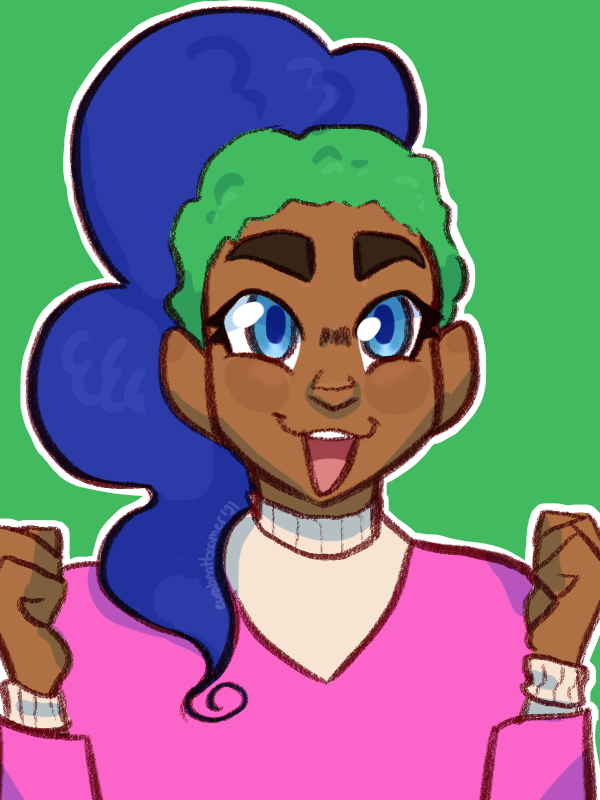 Dislikes: Paranoia, himself, the dark

Gabby underwent major grooming and abuse throughout his childhood, to the point where he has little sense of self outside of the happiness or pleasure he could bring others. Despite this, he is seeking help and trying to recover to become a functioning person that Doesn't need to snort cocaine to feel relatively alive.

The front Gabby puts on is overly chipper and upbeat to the point of being annoying to most other people. His wild personality coupled with his high energy make him a relative annoyance, but he is still beloved by his close ring of friends for his optimism and the good vibes he brings with him. He's always willing to help others, even if the problem can't quite be classified as a "problem" in the first place.

He kind of has a thing for the local police officer that always picks him up after his binges and makes sure he stays consious and gets medical care... Needless to say, being shown any care at all has Gabby completely smitten with the man. Or at least, he was until the one time Scott didn't pick him up he overdosed big time and ended up comatose bordering on death in the hospital. Now Gabby is fighting for his life in Dead End, though he doesn't want to hurt anyone.